“Sexy is subjective. Sexy is preordained. Sexy is a myth. Sexy is as individual as each person, and yet it is commodified and sold as something standard and commercial – something unattainable. No wonder women rebel against it – or long for it so intensely. We shy away from this human right of feeling sexual because we do not feel sexy. Their kind of sexy. If we look to the mainstream to give us clues on how to be a woman and how to be sexy, we are losing a game that was never meant to be won.”

“Androgyny is sexy. Straight up. In fact I am in awe of it and love dressing that way. Not as a political statement or having something to prove, but because it is hawt! You can channel emotion clearly through a character, emotions that your every day life might not always provide. In our glorious world of the stage we have the power of exploration; our own
investigation of what it means to reverse, incorporate, change or meld genders. We use them as an inquiry into how role reversal might shift power and strength, giving us insight into another part of ourselves. It is a fascinating examination into what it may feel like to embody the power of another gender and what our own interpretations are around that.” 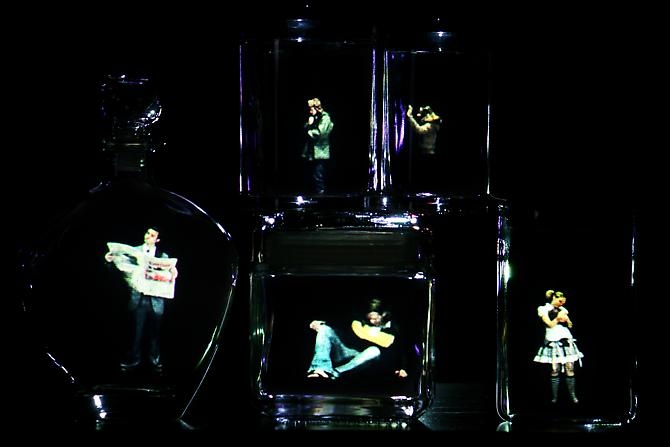 “It’s the balance between respecting female desire and not being deferential to it, as well as the acknowledgment that sexual assault can both cause unspeakable trauma and not define the course of the rest of your life, that makes Jessica Jones such a powerful feminist statement. In the end, it’s not just about how one flawed woman chooses to fight back against a trauma-marked past — it’s about how she chooses to take control of her sexual present.”

Connections.Mic – E.J Dickson: “What ‘Jessica Jones’ Teaches Us About Having Sex After Sexual Assault”

“What we call imposter syndrome often reflects the reality of an environment that tells marginalized groups that we shouldn’t be confident, that our skills aren’t enough, that we won’t succeed—and when we do, our accomplishments won’t even be attributed to us. Yet imposter syndrome is treated as a personal problem to be overcome, a distortion in processing rather than a realistic reflection of the hostility, discrimination, and stereotyping that pervades tech culture. The focus on imposter syndrome as a personal problem, as a series of “irrational” beliefs, pathologizes its victims and diverts attention from the problematic environment to the individual: this is classic victim blaming.”

“The Western sexual revolution sucks. It has not worked well enough for women.”

“What I saw as the negative effect on women’s minds of such mundane “tracking” activities as calorie counting, I had sensed that the reason so many tasks women are expected to do in society involve this kind of thinking (e.g. scanning, list making, judging themselves critically, “measuring up”) had something to do with the suppressive effect this kind of thinking has on other, bolder kinds of intellectual or emotional leaps.”

“Sexual response is connected to and in turn generates a larger sense of pleasure, meaning, and interest in the world”

“Sadly, the signals that allow men and women to find the partners who most please them are scrambled by the sexual insecurity initiated by beauty thinking. A woman who is self-conscious can’t relax to let her sensuality come into play. If she is hungry she will be tense. If she is “done up” she will be on the alert for her reflection in his eyes. If she is ashamed of her body, its movement will be stilled. If she does not feel entitled to claim attention, she will not demand that airspace to shine in. If his field of vision has been boxed in by “beauty”–a box continually shrinking–he simply will not see her, his real love, standing right before him.”

“Men are visually aroused by women’s bodies and less sensitive to their arousal by women’s personalities because they are trained early into that response, while women are less visually aroused and more emotionally aroused because that is their training. This asymmetry in sexual education maintains men’s power in the myth: They look at women’s bodies, evaluate, move on; their own bodies are not looked at, evaluated, and taken or passed over. But there is no “rock called gender” responsible for that; it can change so that real mutuality–an equal gaze, equal vulnerability, equal desire–brings heterosexual men and women together.”

“What becomes of a man who acquires a beautiful woman, with her “beauty” his sole target? He sabotages himself. He has gained no friend, no ally, no mutual trust: She knows quite well why she has been chosen. He has succeeded in buying something: the esteem of other men who find such an acquisition impressive.”

“For I conclude that the enemy is not lipstick, but guilt itself; that we deserve lipstick, if we want it, AND free speech; we deserve to be sexual AND serious–or whatever we please; we are entitled to wear cowboy boots to our own revolution.”